Once your review application at the Tribunal has been unsuccessful you may have an option to request for a Ministerial Intervention.

The Minister has powers under the Migration Act 1958 to replace a decision of a merits review tribunal on a person’s case with a decision that is more favourable to that person if the Minister thinks it is in the public interest to do so.

When you can make a request

You might be able to make a request for ministerial intervention if you have received a decision by a merits review tribunal. This means the Administrative Appeals Tribunal (AAT) and, for review decisions made before 1 July 2015, the Migration Review Tribunal and the Refugee Review Tribunal.

The Minister’s powers are not available in the following circumstances:

The Department will let you know in writing if your request cannot be considered under the Minister’s public interest powers for one of these reasons.

You should not discontinue any application for judicial review on the expectation that the Minister will intervene in your case because only a small number of requests for ministerial intervention are successful.

The Minister has described the types of unique or exceptional circumstances in which a case might be referred for the Minister’s consideration.

The Department will inform you in writing of the outcome of your request.

If your request is unsuccessful, and if you have no other immigration matters ongoing, you are expected to leave Australia as soon as possible.

If there are reasons why you cannot depart promptly, you should contact your nearest immigration office. If you remain in Australia without a valid visa you risk being detained and removed if you are located by the Department. You may also incur a debt to the Australian Government for the cost of removal.

Your visa status is important

Unless you are in immigration detention, the Minister expects you to hold a current visa throughout the processing of your request for intervention. The Minister does not want to consider requests from people in the community who are unlawful non-citizens. If you are in the community and are an unlawful non-citizen, the Department will finalise your request without further processing.

An alternative pathway for partners

If you are the partner of an Australian citizen, permanent resident or eligible New Zealand citizen you could be eligible to make an application for a Partner visa even if you have been refused another type of visa while in Australia.

The Minister has indicated that it is inappropriate to consider ministerial intervention requests from person who may be eligible to apply for a Partner visa. The Minister expects the Department to finalise such requests without further processing.

If you have been refused a Partner visa already while in Australia, the Minister has indicated that it is inappropriate to consider your case under the public interest powers. The Minister expects the Department to finalise such requests without further processing.

The Minister has provided guidance on the types of unique and exceptional circumstances that could be brought to the Minister’s attention.

Note: This list is not exhaustive. Providing the documents listed or meeting one of the unique or exceptional circumstances below does not mean that your request will be successful.

Department will check any claims you make about your home country, including your access to appropriate health care. Exceptional economic, scientific, cultural or other benefit that would result from you being permitted to remain in Australia. Documents demonstrating why you would be of exceptional benefit to Australia:

You cannot be returned to your country/countries of citizenship or usual residence due to circumstances outside your control. Documents supporting your claims: 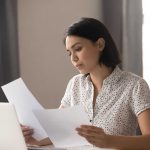 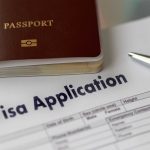 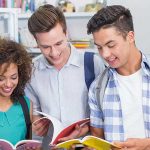 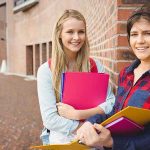 Designing For Users Across An Interview With Rosé